Who are you as a photographer? A person or a professional?


While looking for a new topic to blog about, I found a recent The Guardian article that talks about whether or not it is ethical to take a photograph of people in the brink of violence or death. 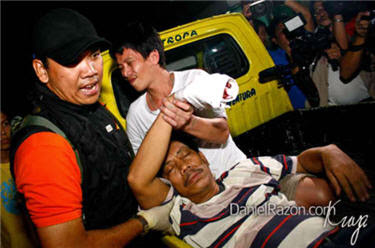 It's a debatable issue for journalists and photojournalists for many years. Are we supposed to help the victim or do what our conscience tells us - that is, to help and give emergency relief?

It isn't simply a moral issue because people have divergent definition of what is moral or not. Also, it is not an easy ethical question that can only be responded to with a simple yes or no answer. And just by looking at the photographers' responses that The Guardian gathered, the war between the personal and the professional is clearly reflected.


It was my first exposure to such a thing. And although, as a journalist, my reaction was fine, as a human being I felt I'd really let myself down. It wasn't how I'd expected I'd react – I thought I'd try to intervene, or do something more noble. Yet I hadn't. I was really quite torn up about that. I was gutted that I'd been such a coward. From that moment, I was determined that, no matter what, I'd try to intervene and save someone if I could.


When I was taking other photographs for I Am Unbeatable, my book on domestic violence, I was there first as a photographer, not as a social worker. Yes, I would always be divided about whether to take a picture or defend the victim, but if I chose to put down my camera and stop one man from hitting one woman, I'd be helping just one woman. However, if I got the picture, I could help countless more.


The first time I experienced it, it actually stopped me taking images I really wanted to take or should have taken, because I was so mixed up and thinking, "Should I be doing this or not? I found it very difficult. But through experience, it's sad to say, you get immune to it. And then you can concentrate on your photography, and you feel that is your power.


When you're working with a camera, you tend to disassociate yourself from what's going on. You're just an observer. We were there to record the facts. But there are moments when the facts are less important than somebody's life.


To be honest, even if I had been aware of what was going on, I don't know if I would have had the bottle to put myself in mortal danger. It's hard to know, though: those decisions come down to a spur-of-the-moment instinct. But, fundamentally, my role on that day was to document what was happening. In the corner of the picture is someone else taking a photograph. I think, perhaps, there is an innate human desire to record these kind of things. And the facility to do so has now been put in everyone's pockets.


I became a photographer and not a person. It didn't cross my mind to talk to them. The man was being held up by his wife. He was badly injured, and getting help from other people nearby, including an off-duty policeman.


I feel bad about it. I was frightened, so I just stuck to my professional duty. But life as a photojournalist teaches you that during this kind of violence, getting involved won't end it; it will just lead to more people getting hurt.


I do believe that our main contribution is trying to get the story understood. And sometimes, when you think you're helping, you're actually making a situation worse. But, for me, you try to do what you can live with.

Around the world, this sensitive issue has been debated on for as long as maybe since journalism was born. Some say there is no right or wrong answer. But journalists or photojournalists must choose a side. Not even a neutral side.

One that is definitely not an easy stand was taken by UNTV's Daniel Razon who introduced his "Tulong Muna Bago Balita" (Rescue First Before Reporting) to make a statement about the network's stand in the form of an advocacy.

Journalism is public service but it is also a business. As a business, the media sages say reports or photographs must sometimes be delivered to please and meet what the audience wants. That may be an explanation why we have many negative reports in the media because these are what the people want, as most news media producers would defend. I am not sure what the basis for this is, but I am not one of the "people" who are asking for these negatives to populate my viewing hours or the pages of the newspapers that I am reading. Are you? 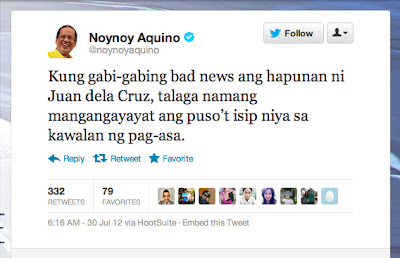 UNTV's advocacy stands up to offer a break and it is rooted from the station's tagline: "Ang paggawa ng mabuti ay hindi magbubunga ng masama (Doing good deeds will not reap evil). If its business is money-making, it would have been a lot easier for UNTV to just report all the negatives, the figures of casualties, and injured folks right away. It can even earn some Pulitzer Prize at that.

To choose the other side reaps a much different result - only sacrifices. Because after all, it is expensive to mount trainings and buy rescue-and-mission vehicles to maintain such undertaking. An even bigger challenge comes when the commitment is to do a regular operation because UNTV does not even have big advertisers or investors supporting its missions.

Saving the lives and helping fellowmen may be an antithesis to the practice of journalism, yet it is an antidote best served to the audience whose daily plates are filled with the often brutal, depressing and sensationalistic news.

Indeed, it is a serious and brave act to follow. The payoff from Razon's advocacy is not tangible. Such reward comes only in soothing the heart for responding to the call of the conscience to be humane, to be a person.
Posted by Brad Ryan at 11:12 PM